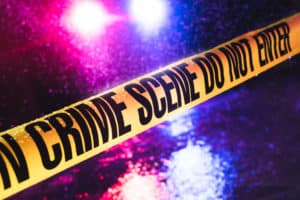 FRESNO, CA (February 10, 2021) – Monday morning, a driver remains at large after a police chase crash on Highway 41 at Friant Road.

The high-speed chase began when officers attempted to stop a Chrysler 300 just before 3:30 a.m. This incident happened near Perrin Avenue and Minnewawa Avenue. However, the driver fled.

Thus, the authorities followed the driver who drove north on Cooper Avenue, turned west, and headed into Fresno. The suspect driver traveled at speeds of 80 to 90 mph.

Afterward, the man lost control on the on-ramp to Highway 41 at Friant Road. Then, the vehicle went off the road.

According to the police, the driver jumped out of the vehicle and went into a nearby apartment complex near Nees and Blackstone Avenues.

On the other hand, authorities found and arrested a woman in the passenger seat of the vehicle.

Furthermore, the officers found drugs inside the vehicle.

May this be a reminder to all drivers that operating a vehicle is a responsibility that should not be taken lightly. Put all distractions away, be careful around other travelers, and keep a safe distance from other vehicles around you. By being a defensive driver, you can minimize the risks of car accidents.