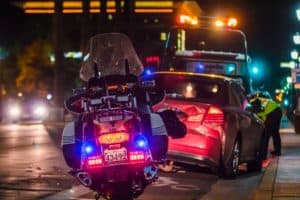 According to Culver City Police Department, authorities responded to a report about a man breaking into two parked cars. He was stealing items from them and stealing a silver Lexus as a getaway vehicle. This incident happened at the 9500 block of Jefferson Boulevard, near Culver City Park.

The authorities located the stolen vehicle in the area of Obama Boulevard and Hauser Boulevard in Baldwin Hills. Then, authorities attempted to stop the vehicle but the driver refused to stop which sparked a police pursuit.

Meanwhile, the stolen vehicle collided with another vehicle in the vicinity. The crash happened on La Brea Avenue and Obama Boulevard in the Crenshaw district, Lt. Sorai Estrada said. After the crash, authorities called off the chase due to the suspect’s dangerous driving. The driver of the second vehicle sustained minor injuries.

Moreover, authorities later learned that the stolen Lexus veered off the road and crashed into a tree on Overhill Drive and Springdale Drive in Windsor Hills, trapping the suspect inside the vehicle.

Reports revealed that the suspect was on probation for burglary with an active felony warrant and prior convictions for burglary, Estrada added.

The Aftermath of the Crash

Also, an attorney’s goal is to safeguard the legal rights of families in the wake of catastrophic accidents.

“Insurance companies only protect their interests. Therefore, we’re here to protect those of our clients.”

In the face of such a tragedy, it is important to make sure your family is taken care of. If you want strong legal representation to advocate on your behalf, contact Sweet Lawyers at (800) 674 7852. When someone dies in an auto accident, the children, parents, or guardians of the deceased have the right to file a claim. We are a wrongful death case law group that aims to do right by your loved one. More so, we’re determined to get you the best settlement while you work on healing and recovering. Call us today for a 100% free case evaluation. Above all, we believe your loved one deserves proper justice.