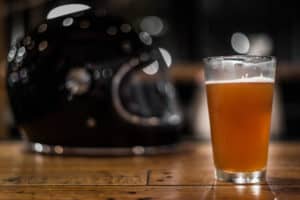 San Diego, CA (October 26, 2020) – On Friday a driver of a Range Rover was injured in a DUI crash with an Audi at the intersection of G Street and 16th Street.

According to the San Diego Police, they have a DUI checkpoint in East Village that had them arresting at least 9 drivers.

Meanwhile, a motorist on a white Audi who was entering the checkpoint at 14thStreet and G Street fled away from the scene. This is after an officer attempting to screen the motorist and opening the driver’s side door.

Subsequently, the Audi went East on 16th Street and did not stop at a red light. This proves unwise as a Range Rover had the green light and T-Bones the Audi.

Moreover, paramedics took the Rover’s driver to the hospital for immediate treatment, while authorities caught the Audi’s driver on Highway 94 after he fled the scene of the crash.

Lastly, Police say the suspect’s blood-alcohol level is at .17%, which is double the legal limit in California. Also, a handgun with live bullets was found inside the suspect’s car.

Dealing With Injury Due to Automobile Accidents

Despite the peculiar circumstances of this year, auto accidents continue to be a part of daily life.

Each year, around 20-50 million people suffering injuries or becoming disabled due to an auto crash. To prevent this from happening, use road signals to communicate with those you are driving alongside

Moreover, it’s also crucial that everyone remains calm to properly handle the immediate aftermath of an automobile collision.

You can seek help from the experienced lawyers at Sweet Lawyers when involved in a serious auto accident. We have over 40 years of experience in the legal field and we know what it takes to win your case. We will fight to achieve the justice and compensation that you and your family deserve. Call our offices today at (800) 674 7854 for a free consultation with a professional in your area. You can also reach us by email, online chat, and text message 24/7.