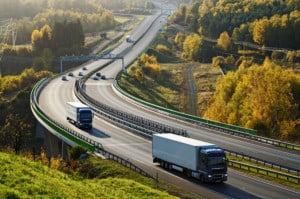 The incident happened in the northbound 710 Freeway near Firestone Boulevard in the South Gate area, according to authorities.

The crash was initially reported as a solo-vehicle accident into the center divider shortly after 10 p.m.

Officials then found out that the driver of the vehicle that crashed into the divider apparently tried to run across lanes.

A Mercedes struck and killed the running personn. The vehicle remained at the scene, officials stated.

We offer our warmest of thoughts and condolences to the family members of the deceased as they search for peace and comfort.

A death to a family member due to a car accident is a devastating experience to the surviving family. We understand that no amount of money can make up for the tragic loss of a loved one. However, it is important that the family understands and protects their rights. Our wrongful death lawyers at The Sweet Law Group understand how challenging the legal issues are for those involved. We want to help you through the legalities so you can focus on the concerns and needs of your family. Our lawyers will be committed to your case and will assist you, step by step, through the legal proceedings. Call us today to find out how we can help you at (800) 674 7852.