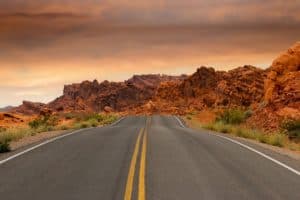 According to California Highway Patrol, Craig Zackery drove a 2019 Kenworth northbound on the No. 4 lane of the 405 near Bel Air Crest Road shortly after 4 a.m.

Zackery drove the big rig at a speed dangerous for stopped traffic conditions. This caused him to crash into a 2014 Dodge Journey in front of him.

The male driver of the Dodge sustained fatal injuries in the incident. His passenger, 32-year-old Chevette Pugh, suffered major injuries, according to CHP.

Officials described Zackery as a 49-year-old La Habra man. The deceased victim’s name is being withheld pending notification of kin.

Investigators don’t believe drugs or alcohol played a role in the crash. CHP did not release if there has been an arrest.

The case remains under investigation.

We at Sweet Lawyers offer our heartfelt condolences to the family and friends of the deceased victim. Our thoughts and prayers are with them during this trying time.

If you have suddenly lost a loved one in a big rig crash, reach out to the wrongful death lawyers at Sweet Lawyers. With over 40 years of experience in the legal field, we know what it takes to win your case. Call our offices today at (800) 674-7852 to set up a free consultation with a legal professional in your area. For your convenience, you can also reach us through email, text message, and online chat 24 hours a day/7 days a week.