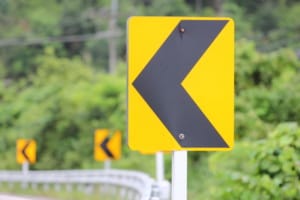 San Diego Police Officer Dino Delimitros said that the man was driving a Toyota Prius northbound on the 15 Freeway when he took the off-ramp at Scripps Poway Parkway. The car ran a red light at the end of the ramp and ran over the sidewalk. The Toyota then continued through a fence and hit a tree before it rolled over several times and came to rest down an embankment.

A San Diego Fire-Rescue Department dispatch supervisor said that firefighters responded to the scene and found the car fully engulfed in flames. A witness was reported to be unsuccessful with his attempt to help the trapped driver out of the burning vehicle, who was pronounced dead at the scene.

Details about the identity of the victim were not made immediately available. Traffic division detectives are still investigating the crash.

We at Sweet Law Group offer our sincerest condolences to the friends and family of the victim.

Reach out to the experienced lawyers at Sweet Law Group when involved in a serious traffic accident like a car crash. We have over 40 years of experience in the legal field, and we know what it takes to win your case. Our attorneys and professional legal team have dealt with cases including car accidents, wrongful death, personal injury, and disability. Untiringly, we will fight to achieve the justice and compensation that you and your family deserve. Call our offices at (800) 203-3061 for a free consultation with a professional in your area. We can also be contacted by email, online chat, and text message 24 hours a day and 7 days a week.