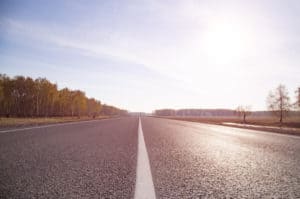 One Injured and One Dead in Accident on Colorado 67; Car Goes Down 100 Foot Embankment

A 2012 Lexus SUV was driving on the 67 freeway, just north of Woodland Park, when it drove off the road and dropped 100 feet down an embankment. Officers and emergency personnel arrived at the scene of the accident near mile marker 89, to find two people inside of the vehicle.

The passenger was pronounced dead on scene, while the 31-year-old driver was injured and taken to the Memorial Hospital in Colorado Springs. Police suspect the driver of being under the influence at the time of the incident.

Highway 67 was blocked while officials investigated and cleaned up the wreckage. One lane of the freeway was reopened around 4:45 PM. No other information has been released on the identities involved in the accident as investigation continues.

Wishing the family and friends of the deceased victim courage and support in this tragic time.

When losing a loved one in a car accident, it is important to have strong legal representation on your side. Contact the wrongful death lawyers at Sweet Law Group, to get the justice and compensation that you deserve. Call now for a free initial visit with a legal professional in your area – (800) 203-3061.