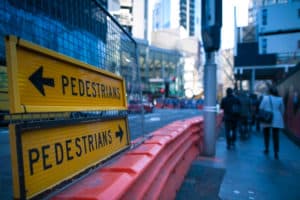 According to the California Highway Patrol, the motorist was heading northbound on the highway when he saw the woman. He tried to avoid hitting her but was unsuccessful.

The unidentified victim was pronounced dead at the scene. CHP officers do not believe alcohol or drugs played a role in the collision. More on this crash is under investigation.

With sincere sympathies and thoughts, our law group would like to express our support to the family and friends of the victim.

Choose an established personal injury law firm in California to help you during this time. At the Sweet Law Group, we are trained to deliver expert legal guidance. We hold more than four decades of experience, are committed to winning and will leave no stone unturned in reshaping your future. Consider us when you want to collaborate with an aggressive, yet compassionate attorney. Call (800) 203-3061 to hear more from our attorneys.