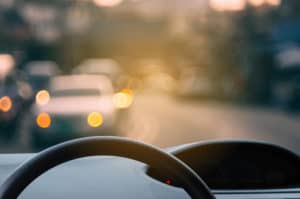 Around 9:30 p.m., California Highway Patrol officers began responding to reports of a pedestrian walking on the right shoulder and attempting to cross the eastbound lanes of the 91 Freeway. Several minutes later, a 2012 Infiniti struck the pedestrian in the No. 1 lane.

The pedestrian was thrown into the carpool lane and struck by at least two more cars, one of which fled the scene. The victim suffered blunt-force trauma in the wreck and died shortly after.

Donavan Gray, 44, of Los Angeles and Henry Chen, 32, of Monrovia, escaped the crash unharmed and remained at the scene due to investigations. Alcohol and drugs are not considered to be factors on their parts, but it is unknown whether the pedestrian was under the influence.

A description of the third vehicle involved was not available, but authorities are urging the public to call Officer McLaughlin at the CHP’s Santa Fe Springs area office at 562-868-0503 if they have any more information.

The Sweet Law Group is qualified to undertake your wrongful death case. We take satisfaction in knowing that our trained litigators are passionate and dedicated to each lawsuit they undertake. We have no problem handling cases involving car accidents, disability law and wrongful death. If you believe you may have a case and would like to consult with our lawyers, please call (800) 203-3061. We are driven to provide you with the help you need to move forward.