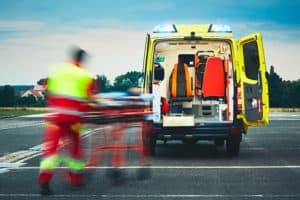 Clayton Edward Abajian, of Rescue, and Dick D. Tak, of El Dorado Hills, were identified as the fallen victims in Thursday evening’s airplane crash. Both men sustained serious injuries and were pronounced dead at the scene. Tak, 69, was determined to be the pilot of the plane while Abajian, 64, was the passenger.

According to a Federal Aviation Administration report, the Shasta County Sheriff’s deputies responded to reports of a crash around 6:30 p.m. that occurred just northeast of the airport. A 1967 Cessna 182, which shortly took off from the nearby airport, sustained substantial damage after crashing into a terrain under unknown circumstances.

Abajian was volunteering and helping with an Angel Flight, a care flights for patients. Reports say that the Cessna aircraft was experiencing a problem just after departing the runway.

The National Transportation Safety Board and the FAA are investigating the circumstances of this deadly incident.

This is devastating news to anyone who knew Clayton Edward Abajian and Dick D. Tak. Our law offices would like to express our thoughts of strength and courage to all those involved.

The attorneys at Sweet Law Group are your trustworthy resource for taking legal action and having your case represented by a fierce litigator. If you have a strong case, bring it over to our wrongful death and personal injury lawyers. We pledge to provide you with aggressive representation and personal attention, one that can grant you a rewarding and satisfying outcome. We bring more than 40 years of experience in the industry to tackle a variety of cases. To collaborate with a well-versed and dedicated attorney, call (800) 203-3061 to discuss your case in detail.