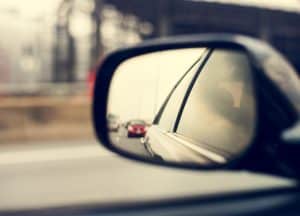 Reports revealed that Dawson Finley tried to pass another car on icy roads which led to a violent collision on Highway 97 near Blewett Pass. As a result, a driver sustained severe injuries.

WSP revealed that Dawson Finley traveled south on the Highway while the truck headed the other way. As Dawson tried to pass a car, he lost control and struck the northbound car.

Responders flew Dawson Finley to Harborview where he got listed in serious condition in ICU. Meanwhile, the other car’s occupants also sustained injuries but didn’t require hospitalization.

According to Trooper John Bryant, unsafe passing on icy roads caused the collision. They also ruled out drugs or alcohol as a factor in the collision.

The incident blocked both directions for around one hour.

Road accidents can happen anytime, anywhere, and to anyone. One small driving mistake can lead to disastrous results. That is why it is important to drive defensively and to always abide by all driving laws. This way, you can ensure your safety and the safety of surrounding vehicles, motorists, and pedestrians.

If you’re involved in a serious traffic accident, call us. With Sweet Law Group’s over 40 years of experience in the legal field. We know what it takes to win your wrongful death, auto accident,personal injury, and disability case. We promise to fight, day and night, to achieve the justice and compensation that you and your family deserve. Call our offices at (800) 674 7852 for a free consultation with a professional in your area.