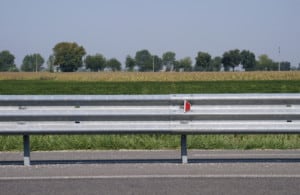 DAVIS, CA – One Killed in DUI Hit-and-Run Crash on 80 Freeway at Mace Boulevard

The fatal crash happened around 2:00 p.m. on westbound 80 Freeway at Mace Boulevard on-ramp.

According to the California Highway Patrol, an SUV hit the center divider and a guardrail. Another vehicle was reportedly involved but took off after the crash.

Fire officials along with paramedics responded to the scene and found one person who was unconscious inside the SUV. A CPR was performed but the victim did not survive and was pronounced dead.

Authorities believe that one of the drivers was driving under the influence, but it is unknown if charges has been filed and liability has not yet been determined.

Further investigation of this incident is underway.

A loss of a loved one is a terrible and difficult thing to experience. The unexpected costs of hospitalization, funeral expenses, and lost income can be overwhelming. Reach out to our team of seasoned wrongful death lawyers at The Sweet Law Group. For over 44 years, we have been handling any kinds of delicate cases, helping victims and bereaved families acquire justice and maximum settlement. If you need an effective legal representation, give us a call today at (800) 203-3061 for a free evaluation of your case details.