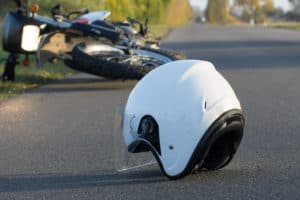 DOS PALOS, CA (October 21, 2018) – A man was killed in a motorcycle crash on Valeria Avenue, late Sunday night. The victim was identified as 64-year-old David Ring of North Valley.

According to the California Highway Patrol, the collision took place at approximately 10:30 PM, near Bryant Avenue. Reports showed that the victim was driving his motorcycle past Bryant Avenue when he hit a dog.

The collision ejected him from the motorcycle and he landed in the eastbound lanes of the road. Moments later, a Dodge Challenger struck him. Ring was pronounced dead at the scene by emergency responders. He was immediately identified by his friends and the Merced County Coroner’s Office.

The Dodge driver, 38-year-old Leroy Leon Conley of Dos Palos, said he didn’t see the victim lying down the roadway. He was booked for a felony DUI after officers said they smelled alcohol on him.

Officers are investigating whether Ring was wearing a helmet. There was one found at the scene, but investigators aren’t sure if he was wearing it at the time of the accident. Anyone with information on the collision is asked to contact the California Highway Patrol. No further details have been provided to the public at this time.

We at Sweet Law Group extend our sincerest sympathies to the family and friends of David Ring. May he rest in peace.

If you believe that a loved one was wrongfully killed in a motorcycle crash, reach out to the lawyers at Sweet Law Group. We have over 40 years of experience in the legal field, and we know what it to win your case. Untiringly, we will fight to help you achieve the justice and compensation that your family deserve. Call now for a free consultation at (800) 203-3061 to speak to an experienced legal professional in your area. We can also be contacted 24 hours a day/ 7 days a week by email, online chat, and text message.