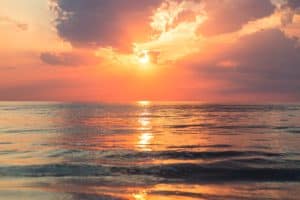 SANTA BARBARA, CA (September 2, 2019) – Daniel Garcia and Yulia Krashennaya, a couple from Berkeley, were identified Friday by authorities as two of the 34 people who died Monday morning in the Conception boat fire.

Garcia, an Apple employee, and Krashnnaya, who worked for the company Spiralinks, were both aboard the vessel, their employers confirmed Wednesday.

Krashennaya was a product manager and did contracting work for Cisco Global Event Marketing. In addition, she was also an active member of Berkeley’s Buy Nothing group on Facebook since it began last year in August.

According to reports, the two were avid divers and underwater photographers.

The fire broke out on the 75-foot commercial diving boat around 3:30 a.m. The vessel sunk to the ocean floor within four hours before coming to a rest upside down. It was later located off the north shore of Santa Cruz Island near Platt’s Harbor.

Moreover, the sheriff’s office later confirmed the identities of some of the victims using a process called Rapid DNA testing. According to authorities, the cause of death was smoke inhalation. In addition, it was also likely that the deceased victims succumbed to their injuries before the fire reached them.

A preliminary investigation also recently suggested serious safety deficiencies aboard the Conception. This included the lack of a roaming night watchman required to be awake for safety purposes.

Furthermore, several investigations are still underway from federal, state, and local agencies. More information will soon be released once made available.

No words can mend the broken hearts and sorrow felt during this delicate moment. Our deepest condolences are with the families and friends of Daniel Garcia and Yulia Krashennaya.