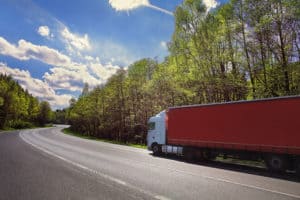 HESPERIA, CA (May 22, 2019) – Damages were sustained in a semi-truck crash on northbound 15 Freeway, early Wednesday morning.

According to the California Highway Patrol, the collision took place at approximately 3:46 AM, near the Highway 395 off-ramp. Based on an initial report, the truck collided with a black car found in the right shoulder and another vehicle found south of the big rig. The truck driver said that the car was speeding at the time of the accident.

The paramedics were requested for needed medical attention. They had not yet released a report about any injury sustained in the incident.

At least 40 feet of the chain link fence were damaged. Clearing, and cleaning operations took place in the area.

The incident remains under investigation, and it is unknown if alcohol or drugs have played a role in the crash.

Accidents involving big vehicles like trucks are common in busy highways and intersections. It is always important to drive safely to avoid this type of accident. In addition, keep to posted speed limits at all times.

If you have been involved and injured in a road crash, make sure that your are guded by good legal representation to maximize your financial compensation. Contact a seasoned personal injury lawyer at the Sweet Lawyers. There is no cost for your initial consultation, and there are no fees until we recover a fair personal injury settlement. To schedule a free appointment, give us a call at (800) 674 7852.