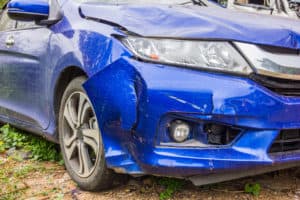 OAKLAND, CA (February 9, 2019) – There was damage reported in a hit-and-run crash on the 880 Freeway near the 7th Street off-ramp, early Saturday morning.

According to the California Highway Patrol, the collision happened at 5:47 AM, over . Based on their report, there were two vehicles involved in the incident. A drunk motorist driving a black Kia was swerving in and out of lanes before it collided with a silver Nissan Frontier and left the scene.

The paramedics were called for needed medical attention. After that, they confirmed that there were no injuries or complaints of pain from the involved motorists.

Do not leave the scene after getting involved in the accident, especially if you are under the influence. In the first place, never get behind the wheel if you find yourself under the influence of drugs or alcohol. Be responsible.

If you or a loved one’s safety was put in danger in a hit-and-run crash involving a driver under the influence, contact the experienced auto accident lawyers at Sweet Law Group. We have over 40 years of experience in the field, and know what it takes to win your case and achieve the justice and compensation that you deserve. Call us day or night at (800) 203-3061 for a free case evaluation. You can also reach us 24 hours a day/ 7 days a week by online chat, text message, and email.