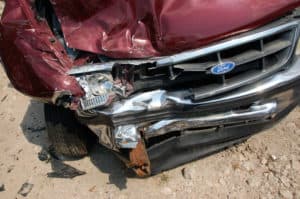 Reports say 34-year-old Edgardo Sanchez was driving a stolen white Honda Accord. Sanchez, who was accompanied by Dakota Posa of Santa Clara, was heading eastbound in the westbound lanes of Steven Creek Boulevard near Maplewood Avenue around 6:44 a.m. when their vehicle struck a westbound silver Toyota Prius and a westbound silver Honda.

Sanchez suffered non-life-threatening injuries and was hospitalized while Posa died after having suffered from severe injuries that day. The driver of the Toyota Prius was not injured but the 38-year-old man operating the silver Honda sustained minor injuries.

Sanchez was arrested on suspicion of auto theft, vehicular manslaughter, driving with a suspended license and being a felon in possession of pepper spray and violation of Post Release Community Supervision.

To the family and friends of Dakota Posa mourning this unimaginable loss, we’d like to send our sympathies and condolences to you all.

Turn to the Sweet Law Group when seeking a trusted litigator to fight for you. We provide incredible legal representation to victims of wrongful death and personal injury. If you have lost a family member or have been injured due to a serious car accident, do not settle. Instead, contact our lawyers for further assistance. We will charge no out-of-pocket fees until we win your case. From disability law to car accidents, call (800) 203-3061 for more information.