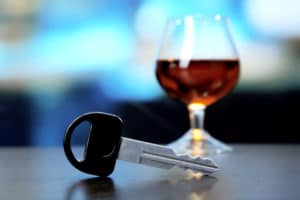 EL CAJON, CA (January 10, 2019) – A clerk was injured Thursday evening after a car crashes into motel on East Main Street near Interstate 8. The identity of the victim was not immediately disclosed to the public.

According to the El Cajon Police Department, the incident occurred at the Budget Inn Motel. A 62-year-old man left one of the hotel rooms, made contact with the clerk, and later threatened to hurt the clerk before getting in his car and driving off.

At around 8:00 PM, the man returned and crashed his Chevrolet sedan through the wall of the motel. The clerk, who was sitting behind the desk at the time of the impact, was rushed to the hospital with moderate injuries. Further details on the victim’s current medical condition were not provided.

Meanwhile, the driver did not sustain injuries in the crash. He was later arrested on suspicion of attempted homicide, domestic violence, and driving under the influence. Additional details will be released following the conclusion of the investigation.

Driving under the influence can not only carry heavy fines and jail time, but it can also put others at great risk. When buzzed or drunk, it is best to avoid any activities related to driving. By following driving laws and being careful when behind the wheel, you can keep yourself and others around you safe.

If a loved ones’s safety was put under a great threat due to a DUI driver, reach out to the experienced lawyers at Sweet Law Group. With over 40 years of experience in the field, we know what it takes to ensure your legal rights are protected. Our attorneys and professional legal team have dealt with cases including car accidents, wrongful death, personal injury, and disability. Call our offices at (800) 203-3061 for a free consultation with a professional in your area. For your convenience, we can also be contacted 24 hours a day/ 7 days a week by email, online chat, and text message.