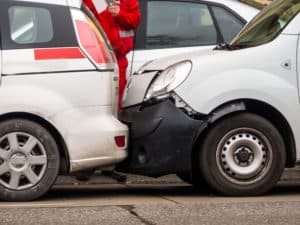 According to the WSP, 26-year-old Mainard of Snohomish, was driving west in the left lane of eastbound I-90. He then struck two vehicles head-on near milepost 193.

Shortly after, another car driven by 50-year-old Martin struck Mainard’s vehicle. Due to the impact, Martin and Mainard sustained serious injuries.

Martin was immediately transported to East Adams Rural Hospital while Mainard was taken to Samaritan Hospital in Moses Lake.

Furthermore, all drivers involved in the accident were wearing seat belts.

Meanwhile, Mainard confirmed that he was under the influence and driving the wrong way on the freeway.

DUI accidents are extremely dangerous for those involved. If you find yourself unable to safely operate a vehicle, use a rideshare app instead.

If you or a loved one has been involved in a similar car accident or has suffered injuries, turn to us. Our firm has been pursuing justice for over 40 years and awarded to have some of the best attorneys in America. We have an extensive team of experts who will ensure that you and your family receive the compensation you deserve. Call our offices now at (800) 674-7852 to schedule a free consultation with a professional in your area. You can also reach us by email, talk in our live online chat, and text message us 24 hours a day and 7 days a week.