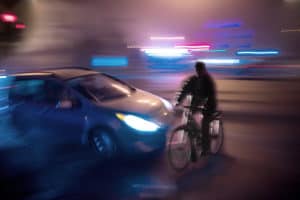 Due to the crash, the authorities shut down Two Bunch Palms Trail between Cholla Drive and Little Morongo Road during the investigation.

Meanwhile, the evidence revealed that the involved driver traveled west on Two Bunch Palms Trail. He drove a maroon 2006-2009 Lexus IS250.

At the same time, the bicycle rider, a Palm Springs resident, also traveled on Two Bunch Palms trail in the middle of the road in an unknown direction.

For reasons still unidentified, the Lexus hit the Mr. Jones, and escaped the crash scene.

Moreover, they are also encouraging anyone with information to call Officer James at (760) 329-6411 extension 351.

To the family and friends of Christopher Jones, our hearts go out to you in your time of sorrow. May you be comforted and find peace during this time.

Filing a Wrongful Death Claim after a Bicycle Accident

In the fatal bicycle accident on Two Bunch Palms Trail, the family of the victim must become aware of their rights under the law.

If a loved one died in an auto accident due to a reckless driver, do not hesitate to file a claim. To begin your wrongful death claim, call Sweet Lawyers at (800) 674 7852. Our goal is to remain on your side throughout your legal battle and grant you and your family the settlement you deserve. Moreover, we single ourselves out from other personal injury law firms by providing personalized guidance and aggressive representation. Also, because we respect our clients, we require no silly “retainer,” or holding fees. If you’re interested in seeking trusted legal support to cover the financial hardships accrued the loss of a loved one, call us.