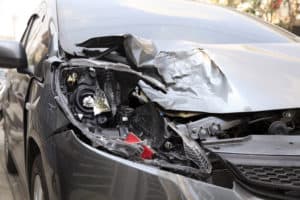 Driver of the Jeep, a 63-year-old Sonora man, drove into oncoming traffic and collided with the Chrysler. Reasons for his sudden change in direction are unknown.

The driver of the Chrysler van was a 70-year-old Tracy man. The minivan was carrying a family from Patterson: parents and their two children, ages two and four.

According to Officer Nick Norton, the Jeep had to be extricated due to the damage it had endured. The vehicle was cut in order to release the the man, who was pronounced dead at the scene by officials.

Norton reveals that 5 others were injured in the collision, suffering bruises and other minor bodily injuries. All victims were wearing seatbelts at the time of the accident, and were able to exit the minivan without assistance.

Ambulances arrived at the scene to transport accident victims to Adventist Health in Sonora.

The identity of the man from Sonora has not yet been released to the public. Officials investigate for more information.

Our deepest condolences to the victim’s loved ones.

Car accidents are extremely common and are sometimes fatal. When involved in a serious car accident, it is important to know your rights and protect yourself. If you or a loved one has been injured in an auto accident, contact the experienced California injury lawyers at Sweet Law Group, day or night. Call (800) 203-3061 for a free consultation.