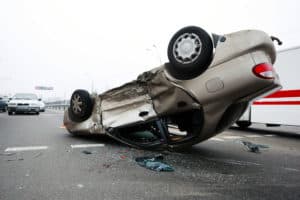 Children Among 4 Hurt in Hit-and-Run Crash on 15 Freeway [Wildomar, CA]

A caller reported the accident around 1:22 p.m., on the northbound side of the freeway. Officers say a sedan began driving recklessly and then caused the crash.

The details and preceding events of the hit-and-run crash remain unclear, but officials plan to investigate this case further.

The surrounding area on the 15 Freeway remained closed during the initial investigation. However, the roadway has since reopened.

If you’re ever involved in a car accident, the best thing to do is remain at the scene and check on others if needed. Leaving the scene of an accident can result in severe consequences for you. It is your responsibility to deal with the aftermath of the scene, which will likely be less severe than fleeing.

With the Sweet Lawyers, you will pay nothing out-of-pocket until we settle your case. If you’re interested in filing a personal injury claim, call (800) 674 7852. We’ve helped hundreds of families in their car accident cases and are not strangers to overcoming challenges. Our mission is to fight aggressively in your favor, while you tend to your recovery. If you have questions surrounding your claim or would like to take the next steps in filing your lawsuit, call today.