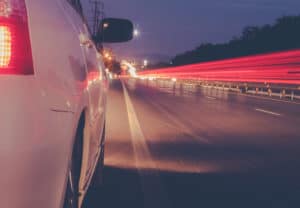 Reno, NV (March 8, 2020) – On the evening of March 8, one motorcyclist died, while Cheryl Stander of Verdi was arrested for a DUI car accident near Mayberry Drive.

The identity of the victim remains unreleased.

According to the police reports, the crash happened at 7 pm at West Fourth Street and Mayberry drive. The intersection was closed until midnight.

Paramedics transported the critically injured motorcyclist who Stander struck to the nearest regional medical center for immediate treatment. However, the victim was confirmed dead later at the hospital.

Meanwhile, Stander stayed at the crash scene and cooperated with the investigation.

Police confirmed that they quickly discovered that Cheryl Stander drove under the influence, and so they booked her into the Washoe County Jail.

We at Sweet lawyers extend our deepest condolences to the family and friends of the deceased. We hope that each of them can find strength and comfort during this difficult and trying time.

It is never easy to lose someone in an car accident. More so to deal with a wrongful death case. Sweet lawyers truly understands that in this difficult time, you need an expert to fight for your case on your behalf. We are a group committed and trusted in this legal field. With 40 years of experience, our expertise will help win your case. We promised to ensure you achieve the justice and compensation you and your family deserve. Call our offices at (800) 674-7852 for a free consultation with a professional in your area. You can also reach us by email, talk to our live online chat, and text message 24 hours a day and 7 days a week.