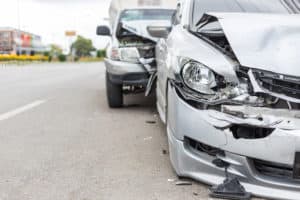 BOW, WA (August 9, 2018) – A man was killed in a multi-car crash on the 5 Freeway, late Thursday evening. The coroner’s office later identified the deceased victim as 22-year-old Chase Blair of Stanwood.

According to Washington State Patrol, the collision took place around 11:15 PM near Bow Hill Road. The initial accident initially began when backed up traffic was created by a nearby wildfire.

Blair was stopped in his 2002 Ford Focus when a speeding Chevrolet Silverado crashed into the back of his vehicle. Emergency responders arrived at the crash site and pronounced him dead at the scene. He died from blunt force injuries. The driver of the Chevy was injured and transported to the Skagit Valley Hospital for treatment.

Three other cars were involved in the incident, but no other injuries have been reported at this time. The identities of the other drivers have not yet been disclosed to the public.

The fatal collision remains under investigation by the authorities.

Sending our thoughts and prayers to the family and friends of Chase Blair. We stand one with them as they grieve for their loss. May he rest in peace.

Losing a loved one in a serious traffic collision caused by an inattentive driver, is extremely devastating. If you find yourself in this difficult situation, contact the wrongful death lawyers at Sweet Law Group for expert legal help. Our experienced attorneys and professional legal team will fight, day and night, until they achieve the justice and compensation that you and your family deserve. Call our offices at (800) 203-3061 for a free, no-obligation consultation at a location near you. We are also available to our clients 24 hours a day/ 7 days a week through email, text message, and online chat.