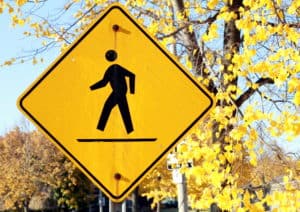 According to reports, a passerby discovered Charline Wells just after midnight Friday morning.

The Riverside sheriff’s coroner officials have determined through investigation that the 42-year-old woman died after being struck by an unknown vehicle. Officials pronounced her dead at 12:41 a.m.

Deputies and other emergency personnel arrived at the scene around 12:04 a.m. after responding to a report about a victim’s body. The 911 caller saw the body pinned against the fence near the intersection prior to making the call.

Upon arrival, the Lake Elsinore sheriff station ran a comprehensive investigation and determined that a hit-and-run driver struck Wells, of Lake Elsinore. However, they have yet to determine the make, model and color of the car and whereabouts of the driver.

Anyone who holds insight into this crash should call Deputy Petersen at the Lake Elsinore Sheriff’s Station at (951) 245-3300.

This is heavy news to digest for anyone. To the family and friends of Charline Wells, we’d like to express our sympathies to you during this time.

The experienced attorneys you should work with concerning your wrongful death case should be properly trained and passionate about helping you move forward. The Sweet Lawyers have been around for 40 years, guiding countless families in their legal journey. If you’ve been hurt in a reckless traffic collision or have lost a family member, there’s still a way out. Call (800) 674 7852 to schedule a free no-obligation consultation with us.