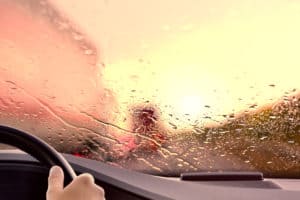 LAKEWOOD, WA (November 2, 2018) – On Friday afternoon, an elderly man was killed in a crash on the southbound Interstate 5. The deceased victim was later identified as 71-year-old Charles Young of Tulalip.

According to officials with the Washington State Patrol, the collision took place at approximately 1:20 PM, near State Route 512.

As per reports, a medical emergency caused Young’s gray, 2015 Ford F-150 pickup truck, to swerve across all lanes of the freeway and crash into a southbound gold 2005 GMC Yukon. The paramedics did not specify the kind of medical emergency the victim suffered before the collision.

Young was declared dead at the scene by emergency responders. The 79-year-old Tacoma man who was driving the Yukon, and his passenger, were not injured in the accident. Their identities were not immediately released to the public.

Both men were wearing their seatbelts, and no drugs or alcohol were involved in the wreck. No furthers details have been disclosed, as the investigation continues.

We at Sweet Law Group offer our heartfelt condolences to the loved ones of Charles Young. Wishing them strength and support during this very difficult time. May he rest in peace.

If you or someone you love has been involved in a serious auto accident, contact the experienced lawyers at Sweet Law Group. With over 40 years of experience in the legal field, we know what it takes to win your wrongful death or personal injury case. Let us fight for you and achieve the justice and compensation that you and your family deserve. Call our offices at (800) 203-3061 for a free, no-obligation consultation with a professional in your area. For your convenience, we can also be contacted 24 hours a day/ 7 days a week by email, online chat, and text message.