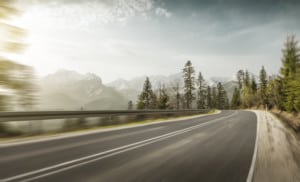 According to the California Highway Patrol, Fresno Communications Center received multiple calls at 5:20 a.m. regarding a traffic collision. Upon arriving, officers determined that three cars collided under unknown circumstances.

It appears a southbound 1995 Honda, traveling at speeds of 55 mph, rammed into a northbound 2013 Ford that entered its lane for unexplained reasons.

Reports say the 2013 Ford had been traveling approximately 58 mph at the time before neither driver had time to elude the imminent accident.

Subsequently, both cars collided head-on and spun out of control. The Ford’s left side immediately struck a 2004 Ford vehicle that was traveling behind the Honda.

Due to his severe injuries, the 26-year-old Avenal man driving the Honda succumbed to his injuries at Adventist Medical Center. Reports did not release his identity at the time.

It’s unclear whether the 43-year-old 2013 Ford driver – Charles Penner of Paso Robles – or the 2004 driver – 38-year-old Anna Oliveros of Avenal – suffered any injuries. However, CHP does not suspect impairment to be an influence of the accident.

With heartfelt sympathies, our lawyers would like to express our support and thoughts of strength to those bearing this heavy news.

To begin acquiring legal support, consider the Sweet Law Group. With a call to (800) 674 7852, you can determine your legal options. We fully understand the grief you’re experiencing and would like to alleviate the distress of your recovery. Our lawyers pledge to work alongside you every step of your legal fight. From car accidents to wrongful death, we’re determined to assist you.