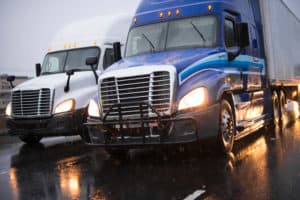 According to California Highway Patrol Officer Jonathan Gutierrez, the deadly event occurred around 1:15 a.m. Near the Garden Street exit, the 21-year-old ran from the center divider of the highway across the southbound traffic lanes and directly in front of an oncoming 2017 Freightliner truck tractor.

The big rig came to a stop in the No. 3 lane while the pedestrian was found on the right shoulder of the highway north of Garden Street.

Charles C. Hudson, 56, of Loma Linda, whom authorities had identified as the tractor-trailer driver, escaped harm.

It is unclear at this time whether alcohol or drugs played a role, but an investigation is underway. As far as the victim’s identity, that information will be releasable through the Santa Barbara County Coroner’s office after the next of kin has been notified.

We would like to take this moment to express our condolences to those deeply affected by this heartbreaking loss of their loved one.

Car accidents typically result in injuries and damage. If you’re interested in filing a claim against the reckless driver involved, then get in touch with the Sweet Lawyers. We specialize in personal injury and wrongful death cases. As your attorney, we pledge to guide you throughout your legal battle and grant you full compensation. Speak to us today and schedule your free consultation at (800) 674 7852.