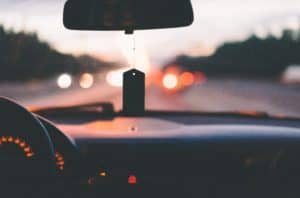 The crash happened around 5:31 a.m. on Santa Fe Drive at Cortez Avenue.

For unknown reasons, Everett drifted into the eastbound lanes and collided head-on with the van, CHP said.

As a result, the woman driving the van and her front right passenger died at the scene. The rear passenger of the van was hospitalized with major injuries.

The identities of the victims were not immediately available.

Investigators found that Everett was under the influence of drugs and he was arrested for felony vehicular manslaughter and a felony DUI.

If you have lost a loved one in a car accident caused by an irresponsible driver, please contact the Sweet Lawyers today. Our seasoned wrongful death attorneys will fight by your side until you receive justice your loved one deserves. We have the resources, knowledge, and decades of experience at our disposal to successfully litigate your case. Call us for a free consultation at (800) 674 7852.