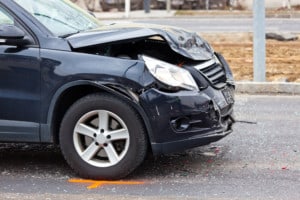 WAPATO, WA (January 7, 2019) — A 34-year-old female driver was killed in a collision with a tractor-trailer driver who failed to stop at the intersection of South Wapato and Progressive roads.

According to Yakima County sheriff’s deputies, Caroline Pacheco was driving north around 8:18 a.m. in a red 2011 Chevrolet Traverse on South Wapato Road and had the right of way. They also revealed that a westbound 2012 Volvo semitrailer 44-year-old driver on Progressive Road was not able to stop at a stop sign, leading to a collision.

The sheriff’s office news release stated that the Chevrolet spun out and halted on Progressive Road. Meanwhile, the semi’s trailer detached and spun into a yard at the northwest corner of the intersection.

Meanwhile, Pacheco’s 6-year-old son was sat at the back seat and was transported to Virginia Mason Memorial hospital in Yakima after suffering from abdominal pain. He received treatment after sustaining minor injuries and was then released.

Pacheco, who was reportedly wearing a seatbelt during the collision, died at the scene. The driver was also evaluated and checked by the medical responders but had no injuries.

Intoxicants were not believed to be a factor of the collision. The crash remains under investigation by the sheriff’s office and according to the detectives, it’s still unclear whether charges will be filed.

We at Sweet Law Group offer our heartfelt condolences to the family and friends of Caroline Pacheco. Our deepest thoughts are with them during this difficult time.