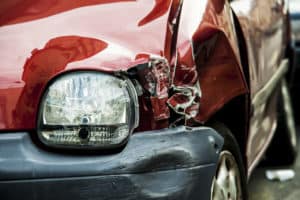 The crash happened around 9:55 a.m. on southbound 5 Freeway at Las Flores Drive.

According to the California Highway Patrol, a silver Honda sedan and a red sedan collided, causing major damage on one of the cars. The Honda was smoking after the crash and its female driver was found unconscious inside the car.

Paramedics responded to give aid, but the extent of injuries sustained was not immediately known.

Fire crews blocked the fourth lane of the freeway while they worked on the scene.

Both cars were towed away from the crash site.

There were no official reports stating what caused the crash or how it exactly transpired. Authorities are looking further into the incident to determine liability.

To avoid getting into a car accident, always drive defensively. Some defensive driving tips to keep in mind is keeping a safe distance, driving at a safe speed limit, preparing yourself for any surprises and avoiding dangerous situations such as being in someone’s blind spot. Accidents happen within a moment’s notice and it is important to be prepared.

Even the most cautious driver can get caught up in a car accident. And when an injury arises, there are legal options available to you. Reach out to an experienced personal injury lawyer at The Sweet Law Group who can help you instead of navigating the legal world alone. We offer free consultations so you can discuss your case with us without any risk or commitment. Give us a call now at (800) 674 7852 and let our team fight for your rights today.