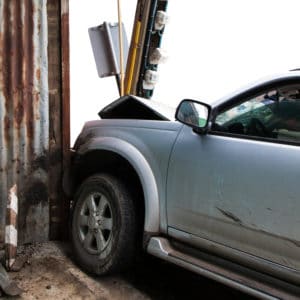 Car Plows into a Building in National City

Authorities reported the incident occurred shortly after 2:00 PM in the 1000 block of Highland Avenue. Medics arrived at the South Bay strip mall.

Officers stated that a four door Lexus sedan crashed through Pho 7 Cow. The driver accelerated forward instead of backing out of the parking space. As a result, it struck a booth where three adults were eating.

Medics arrived shortly after and transported two victims to a nearby hospital for medical evaluation. However there has been no update on their medical status. The third victim was evaluated at the scene but declined to be transported.

In addition, the head of the city building department evaluated the building following the crash. They determined that no repairs beyond replacement were necessary besides the window.

Furthermore, there has been no other information released about the incident.

Always drive safely and cautiously. There can be several distractions that can prevent drivers from taking there eyes off the road. Also take extra precaution to assure you put your vehicle in the proper gear. Doing so can prevent dangerous accidents from happening.

If you or someone you know have been involved or injured in an accident, call the attorneys at Sweet Lawyers (800) 674-7852. With over 40 years of experience in the legal field, we have a team and the resources to win your personal injury case. Contact us today for a free over the phone consultation to answer any questions or concerns you may have at a location near you. We can also be contacted by email, online chat, and text message 24 hours a day/ 7 days a week.