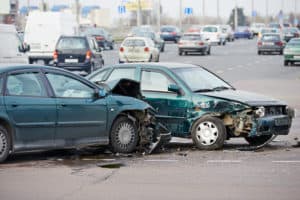 Early Monday morning, 2015 Nissan was driving south on Highway 43, when it swerved and crashed into a 2002 Cadillac Escalade. Cadillac driver Blas Robledo-Carranza, 41, and his passenger, Crisantema Alonso-Bar, 38, were transferred to Kaweah Delta Medical Center in Visalia for medical treatment for chest pain and cuts.

The 33 year old Nissan driver from Fresno was pronounced dead at the scene. His identity has not yet been released to the public.

State route 43 northbound and southbound were temporarily closed because of debris scattered over the lanes and antifreeze spillage. Tow trucks and cleaning crew were called to remove debris and other traffic hazards from the highway.

It is unclear whether or not alcohol or drug abuse played a role in this accident.

We send heartfelt sympathies to the friends and family of the victim.

Sweet Law Group has been around for over 44 years, and has dealt with many cases involving families that have been in fatal car crashes. The California car accident lawyers at Sweet Law Group are here to represent and fight for you. Call our offices, day or night, for a free consultation (800) 203-3061.