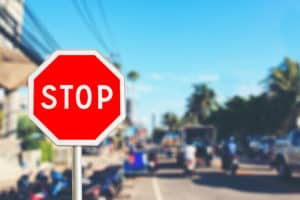 According to the California Highway Patrol, the 5:55 p.m. crash involved a 2006 Nissan Altima and a semi-truck.

Authorities are investigating why Candelaria Hernandez failed to yield to an oncoming 2013 Peterbilt tractor-trailer, which resulted in the two-vehicle accident.

Per CHP, 45-year-old Hernandez, of Merced, pulled forward after stopping at a stop sign at Highway 59. Jushawn Davis, of Gilroy, was traveling eastbound on the highway at the time when his Peterbilt struck the Nissan’s driver’s side.

Paramedics transported Hernandez to a nearby hospital for treatment. According to reports, crews found her unconscious at the time.

Meanwhile, 45-year-old Davis escaped injury, said CHP, who also noted that neither alcohol nor drugs played a role in the collision.

Driving is a serious matter and should never be taken lightly. Pay attention to traffic nearby and only proceed when the roads are clear. Accidents occur when we’re distracted, careless, speeding or impaired. To minimize dangerous road collisions, avoid all at all cost.

To file a personal injury claim with the Sweet Law Group, call (800) 674 7852. Our experienced personal injury counsels are qualified to represent your case and grant you full compensation. With commitment, we’ll strive to help you acquire justice. No other modern-day law firm with 40 years of practice will work harder for you than us.