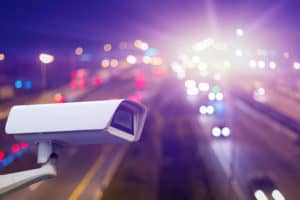 San Jose, CA (May 3, 2020)– On Sunday, the authorities arrested a driver suspected of DUI after a multi-vehicle crash on Almaden Expressway that killed Calvin Green.

San Jose Police responded upon receiving collision reports at around 12:13 a.m. on May 3.

Dispatched officers arrived at the intersection of Almaden Expressway and Branham, and located three sprawled vehicles on the scene.

Reportedly, a 32-year-old male, driving a 2006 Nissan Murano, was traveling northbound on Almaden Expressway when it collided with 2004 Hyundai.

The collision caused the Hyundai to collide with a 2019 Tesla.

The Aftermath and Updates

Due to the extreme collision, the Hyundai driver, later identified as Calvin Green, died at the scene, while the Tesla driver remained uninjured.

Meanwhile, the Nissan driver sustained non-threatening injuries and immediately transported to a hospital for further aide.

The authorities have yet to disclose the identities of everyone involved. Once available, more information will then release to the public.

At this time, the suspect is facing charges for vehicular manslaughter and DUI and will be booked into Santa Clara County Jail.

Moreover, Police continue the investigation and asking anyone with information to call Detective Michal O’Brien at 408-277-4654.

Furthermore, this accident was recorded as the City’s 17th fatal collision of 2020.

We at Sweet Lawyers would like to extend our deepest condolences to the family and loved ones of Calvin Green.

If you are or a family member is involved in a similar car accident or has suffered injuries, turn to Sweet lawyers. More so if it is to seek justice for a wrongful death case. You don’t need to face this process alone. Our firm consists of seasoned experts to ensure you get the justice and compensation you deserve. Above all, you won’t pay a dime until we settle your case. Call our offices now at (800) 674-7852 to schedule a free consultation with a professional. You can also reach us by email, talk through our live online chat, and text message us 24 hours a day and 7 days a week.