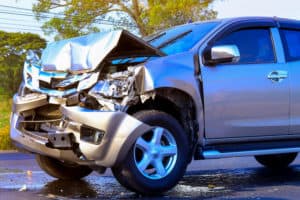 According to Hermosa Beach police Sgt. Robert Higgin, the collision happened around 2:00 a.m. on Pacific Coast Highway and Artesia Boulevard. Melanie Azanero of Hawthorne drove a 2015 Honda Civic that collided with a 2019 Nissan Kicks SUV driven by Pugh.

Officials later arrested Azanero and booked her on suspicion of vehicular manslaughter for the crash.

Azanero received treatment for minor to moderate injuries as a result of the impact. She was released later that day on a $130,000 bond, Higgins stated.

The investigation of the incident is still currently ongoing. Officers believe driving under the influence is a factor in the incident.

We are one with the family and friends of Brianna Pugh during this very unfortunate time of their lives.

If you have lost a loved one in a wrongful death accident, turn to the Sweet Lawyers today. We strive to fulfill our clients’ needs for justice in a timely fashion. As your attorney, we promise to remain forthright, diligent and dedicated as we effectively litigate your case in court. For over 44 years, our seasoned lawyers have achieved justice and excellent compensation for victims involved in auto collisions. Call us at (800) 674 7852 for a free consultation. Above all, we are here for you.