Home » BREMERTON, WA – Police Officer and One Other Injured in Accident on Auto Center Way 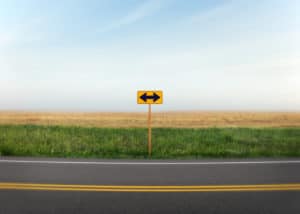 BREMERTON, WA – Police Officer and One Other Injured in Accident on Auto Center Way

BREMERTON, WA (April 13, 2018) – Two people, including a Bremerton police officer, were injured in a two-car collision on an intersection, on Friday afternoon.

The accident took place just before 4 PM on the intersection of Auto Center Way and Bruenn Avenue. According to Washington State Patrol reports, a patrol car was traveling south on Auto Center when it was hit by a white sedan that failed to stop at a stop sign.

It was attempting to make a left turn onto Auto Center Way at the time of the collision. The officer and a passenger inside the patrol vehicle were headed to the Kitsap County Jail. They sustained non-life threatening injuries and were taken to the Harrison Medical Center for treatment.

No other injuries were reported in the accident. There is no further information on the crash at this time.

When driving in an area with many intersections, it is important to stay aware of your surroundings and keep an eye out for stop signs, speed limit changes, and other pedestrians or cyclists on the road. By driving defensively, you can keep the roads safe of disastrous accidents.

When injured in a car accident caused by the inattentive behavior of another driver on the road, it is important to have strong legal representation on your side. Call our offices at (800) 203-3061 to arrange a free initial meeting with a legal professional in your area. The experienced attorneys at Sweet Law Group will fight for you until we achieve the compensation and justice that you deserve.