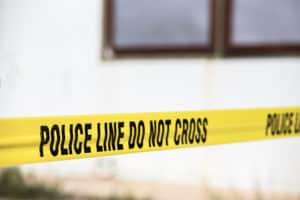 SHASTA LAKE, CA (June 1, 2018) – An elderly woman was killed late Friday morning after she was struck by a vehicle outside a Shasta Lake bank. The Shasta County Coroner’s Office later identified the woman as 79-year-old Bonnie Lou Tibbitts, a resident of Shasta Lake.

According to the Shasta County Sheriff’s deputies, they arrived at the scene at 11:15 AM after receiving reports about a vehicle slamming into the Tri Counties Bank on Shasta Dam Boulevard and also hitting a woman in the process.

The preliminary investigation determined that 58-year-old Deborah Beaupre of Redding was trying to park her vehicle when it accidentally accelerated. Tibbitts, who was near the walk-up ATM on the east side of the bank, was struck and suffered critical injuries. She was rushed to Mercy Medical Center in Redding, where she succumbed to her injuries and was pronounced dead.

An investigation is currently being handled by the Sherriff’s Office. Anyone with relevant information about this fatal incident is encouraged to contact them by calling (530) 245-6540. No other details have been released to the public at this time.

Our thoughts are with the bereaved loved ones of Bonnie Lou Tibbitts. We wish them strength and courage during this trying time. May she rest in peace.

If you have suddenly lost a loved one in a tragic pedestrian collision, reach out to the experienced wrongful death lawyers at Sweet Law Group. We have over 40 years of experience in the legal field, and we understand what you and your family are going through. We promise to fight, day and night, until we achieve the justice and compensation that is owed. Call our offices at (800) 203-3061 for a free, no-obligation consultation with a legal professional in your area. For your convenience, you can also reach our team 24 hours a day/ 7 days a week by email, online chat, phone, and text message.