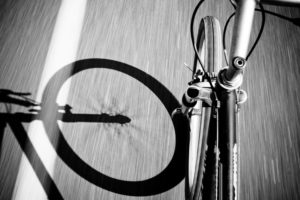 Cuevas added that a Kia Rio headed west on Cheyenne Avenue to Decatur Boulevard. However, a bicyclist traveling in the opposite direction on the sidewalk drove into the road. Then, the Kia struck the bicyclist and trapped him under the vehicle.

Some concerned bystanders flipped the vehicle on its side to free the bicyclist.

Also, responders took the 58-year-old female driver of the Kia to a local hospital. At this time, the authorities haven’t disclosed her injuries.

Moreover, the authorities do not suspect excessive speed and impairment as factors in the crash.

In the fatal bicycle accident near Cheyenne Avenue and Decatur Boulevard, the family of the victim must become aware of their rights under the law.

Those closest to the victim may seek compensation for their loss; some common examples of what this could be used for is in funeral expenses, medical bills, and loss of consortium.

“Having legal representation after such a traumatic event will provide your family with the space to heal. At the same time, ensuring that justice is brought to the deceased,” says Mark Sweet, a seasoned attorney at Sweet Lawyers.

If a loved one died in a bicycle accident due to a reckless driver, do not hesitate to file a claim. To begin your wrongful death claim, call Sweet Lawyers at (800) 674 7852. Moreover, our goal is to remain on your side throughout your legal battle and grant you and your family the settlement you deserve. Moreover, we single ourselves out from other personal injury law firms by providing personalized guidance and aggressive representation. Ultimately, for more information, you can call our offices at (800) 674-7852 for a free consultation with a legal professional.