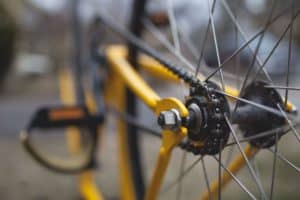 According to the Henderson Police, the crash occurred on Sunday at about 6:15 a.m. Moreover, the incident took place on Green Valley Parkway and Paseo Verde Parkway.

Responders transported the bicyclist to the hospital. Unfortunately, the patient later succumbed to his injuries.

At this time, the police do not believe that speed played a role in the crash. However, they aren’t certain whether it was a factor.

Moreover, the incident was the fifth traffic-related fatality for 2020 in Henderson’s jurisdiction.

We at Sweet Lawyers would like to extend our sincerest condolences to the family and friends of John Langton. May each of you find peace, comfort, and love in this extremely difficult time.

“Hiring the right firm, who has the resources to spend, can make all the difference in getting justice for a client,” Mark Sweet said.

If you are or your family is involved in a similar bicycle accident, reach out to Sweet lawyers. More so, if you need trusted legal help in dealing with a wrongful death case. Furthermore, we understand that the process of dealing with your loss, while fighting for justice, is never easy. Moreover, our 40 years of experience only strengthens our commitment to ensure your family gets the compensation they deserve to alleviate the financial burden of this tragedy. Above all, we wish to make this process as easy for you as possible. Call our offices at (800) 674-7852 for a free consultation with a professional in your area.