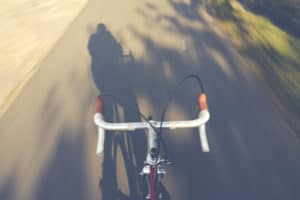 The crash between a bicycle and a motorcycle occurred at 3:14 p.m. Officer John Buttle of the San Diego Police Department said that it happened on Ingraham Street and Reed Avenue.

Also, the police confirmed that the victim rode with a group of cyclists.

According to authorities, a 23-year-old man in a 2017 Harley Davidson Sportster traveled south in the 4200 block of Ingraham Street. Meanwhile, a group of cyclists traveled east in the 1500 block of Reed Avenue.

As the cyclists approach the intersection, the motorcyclist hit one of them, a 49-year-old man.

As a result, the motorcyclist sustained road rash to his right leg. Meanwhile, the bicycle rider sustained a broken left femur and broken ribs. Furthermore, responders transported the bicyclist to a hospital.

The SDPD traffic division currently investigates the crash. Moreover, the authorities shut down Ingraham Street in both directions at Thomas and Oliver Avenues. By 5:45 p.m., the roads have since reopened.

When behind the wheel, it is important to always be on the lookout for pedestrians, bicyclists, and motorcyclists. As a bicyclist, make sure to suit yourself with the proper biking equipment. By obeying traffic laws and being cautious of your surroundings, you can prevent unforeseen accidents and keep yourself and others safe on the road.

What’s Next after Accident on Ingraham Street

According to NHTSA, bicyclist accidents continue to rise in the United States. More cyclists died in 2018 than in any year since 1990.

To avoid any involvement in such accidents, be a proactive driver, rather than a reactive one. Driving defensively prepares you for emergencies.

It is also crucial that everyone remain calm to properly handle the immediate aftermath of an automobile collision. Moreover, the most valuable step you can take in response to a vehicle crash is hiring a personal injury attorney.

“A common misconception is that personal injury lawyers don’t care. That is simply not true. Injury lawyers care about and want justice for their clients. We are motivated by the desire to make our clients whole again,” says Steve Baric of Sweet Lawyers, a practicing attorney.

If you or a family member suffered similarly in a bicycle accident, contact the personal injury lawyers at Sweet Lawyers. With us, you can be assured your case will be taken care of. Our 40 years of experience in the legal field is proof that we know what it takes to win your case. Moreover, our attorneys and experienced professional legal team deal with cases including bicycle accidents. Above all, we believe you deserve the best legal representation and proper compensation for your pain and suffering. Call our offices at (800) 674 7852 for a free consultation.