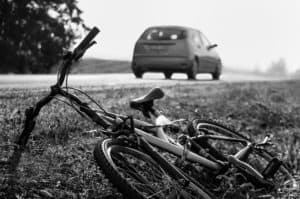 HEMET, CA (September 17, 2018) – On Monday evening, a bicyclist was critically injured in a crash on Florida Avenue. The victim was only identified as a 65-year-old resident of Hemet.

According to the California Highway Patrol, the collision took place at approximately 6:40 PM, near Palm Avenue. Officials with the City of Hemet Police and Fire Departments arrived at the scene to find the elderly victim injured on the road.

A per reports, the bicyclist was turning left on the road when he was hit by a Nissan SUV, driven by a 20-year-old man. The dark-colored vehicle stopped nearby along the side of the road and showed front-end and windshield damage. The driver remained at the scene and cooperated with the authorities.

Emergency personnel rushed the vehicle to an area hospital with major traumatic injuries. He was listed in a critical condition and was being treated in the intensive care unit (ICU). There is no update on his current medical condition. No other injuries were reported in the collision.

Eastbound traffic was closed for about two hours while officials investigated the scene and crews cleaned up the area. No additional information has been released to the public at this time.

When behind the wheel, it is important to aware of other motorists, pedestrians, and cyclists on the road. By paying attention to your surroundings and driving carefully, you can help prevent dangerous accidents, keeping yourself and other safe.

If you or someone you love has been injured in an bicycle accident on the road, contact the personal injury lawyers at Sweet Law Group. We have over 40 years of experience in the field, and know what it takes to win your case and achieve the justice and compensation that is owed. Call our offices today at (800) 203-3061 now, for a free case evaluation by a legal professional in your area. You can also reach us 24 hours a day/ 7 days a week by online chat, text message, and email.