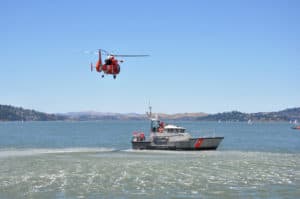 SANTA BARBARA, CA (September 2, 2019) – A 16-year-old Berenice Felipe was among the 34 victims of the Santa Cruz boat fire off the California coast early Monday morning.

Felipe was on board the ship with her friend and fellow student Tia Salinka, who was reportedly celebrating her 17th birthday on the trip.

The fire took place on a 75 foot boat called The Conception, which left Saturday for a three day diving trip and caught fire, while stationed near Santa Cruz Island.

All of the 34 victims were sleeping below deck at the time of the fire, authorities say. Five people escaped from the fire, all of whom were crew members and two of whom have leg injuries, according to CNN.

This list will continued to be updated as more information about the victims comes out.

The cause of the boat fire has not been determined. The owner of the boat, a company called Truth Aquatics, has provided no comment to news outlets about the incident, beyond confirming that they were in communication with the Coast Guard.

Our law firm would like to send our thoughts of courage, strength, and support to the bereaved family and friends of Berenice Felipe.

If you have lost a loved one in this tragic boat fire, please contact the Sweet Lawyers for immediate assistance. Our passionate wrongful death attorneys will fight by your side until you receive the justice your loved one deserves. We have the skills, knowledge, and experience to ensure that you receive a maximum settlement for your loss. We understand the suffering you are bearing and will do our best to make things as easy for you as possible. Call us for a free consultation at (800) 674 7852.