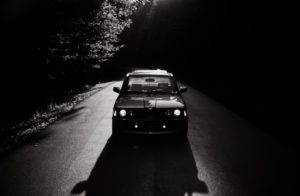 According to the Los Angeles County Department of Medical Examiner-Coroner, Bashir Albadawi perished in the two-vehicle accident.

Callers reported the incident around 3:30 p.m. The person who called informed dispatch about several people being trapped in a vehicle.

In the investigation, authorities learned that that 73-year-old Frazier Park man died when his car collided with another vehicle, which sent his car tumbling down a roadside embankment. His vehicle sustained significant damage, as he sustained grave injuries.

Shortly after, paramedics pronounced him dead on arrival.

As a result of the accident, motorists faced a westbound lane closure on Newhall Ranch Road while crews investigated. Thus far, reports failed to indicate any details pertaining to the other driver.

We’d like to take this moment to express our heartfelt sympathies to the friends and family of Bashir Albadawi.

The Sweet Lawyers are here to discuss your wrongful death matter more closely. If you believe you may have a case and would like to bring it to our attention, call (800) 674 7852. We know the inner-workings of the legal system and have undertaken cases similar to yours. We assure you that you won’t pay a dime until we settle your case. If you’re interested and refuse to settle for the circumstances of a reckless car crash, call today.