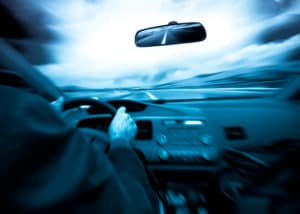 The crash happened at 2:31 a.m. in the unincorporated community of Lakeland Village as per the California Highway Patrol.

A 2006 Buick Rendezvous SUV traveled northbound on Grand Avenue. In addition, Blunt drove a 1972 Chevy Chevelle in the opposite direction on Grand Avenue. After that, the SUV drifted across double yellow lines and subsequently crashed head-on into Blunt’s vehicle.

Blunt died from the crash.

In addition, the driver of the SUV, 22-year-old Jose Mateo Montejo of Lake Elsinore, sustained moderate injuries. As a result, first responders transported him to Inland Valley Medical Center for treatment. However, Blunt and Montejo were the sole occupants of their respective vehicles.

The authorities arrested Montejo for felony suspicion of gross vehicular manslaughter while intoxicated. In addition, he faces charges of misdemeanor driving without a license that was suspended because of drunken driving.

Montejo is being held at the Cois M. Byrd Detention Center in French Valley with a $75,000 bail.

The CHP Temecula office is investigating the crash.

Our deepest thoughts and regrets are with the loved ones of Barry Blunt.

If a family member died in a DUI car accident, contact the Sweet Lawyers as soon as possible. We understand the death of a loved one is a devastating experience and can take a toll on your well-being. As a result, our team will commit our resources and years of experience to bring justice for your loss. Please call our hotline at (800) 674 7852 to speak with one of our attorneys free of charge.