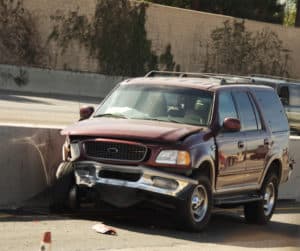 The accident occurred at about 9:56 p.m. on Highway 58, east of Edison Highway.

When the CHP arrived at the scene, they located the two men with fatal injuries. Afterward, they declared them dead at the scene.

Meanwhile, the department revealed that an Acura had traveled east on Highway 58. Then, a Ford had traveled west at a high rate of speed, approaching the wrong-way Acura.

Both vehicles didn’t take an evasive maneuver. Thus, the front of the Acura crashed with Ford’s front.

Due to the impact, both vehicles landed and blocked the No. 1 lane of westbound Highway 58.

Furthermore, the authorities shut down westbound 58 from Comanche Drive to Edison Highway. The roads remained closed for around three hours for the investigation.

At this time, the authorities haven’t identified whether drugs or alcohol played a role in the crash.

We extend our deepest condolences to the loved ones and family of Arnulfo Chavez and Christopher Raoul Dismus. Our hearts go out to you during this time.

How The Grieving Families May Proceed

If you’ve lost someone in an accident, the most valuable step you can take in response to such devastation is hiring an attorney.

“Hiring the right firm, that has the resources to spend, can make all the difference in getting justice for a victim,” says Mark Sweet, an attorney at Sweet Lawyers.

If you lost someone you know in a similar crash, don’t hesitate to call for assistance. Our team here at Sweet Lawyers has many years of experience handling variedwrongful death cases. With over four decades of knowledge and practice, we assure you that your case will be in good hands. Above all, our goal is to vindicate your loved one and alleviate the financial toll of this tragedy. Call us at (800) 203-3061 for a free consultation with our legal team.