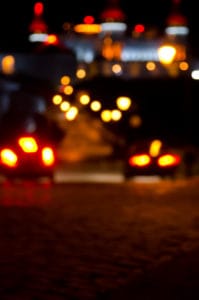 Around 6:30 PM, a 33-year-old man and 26-year-old woman from Santa Clara were stopped on the shoulder with their 2015 Hyundai Tucson, to attend to their baby’s needs. At that time, Abel Jacobo of Santa Cruz was driving drunk in a 1998 Toyota Sienna, veered off the highway, and crashed into the back of the Hyundai.

The baby boy was seriously injured and flown by air ambulance to a nearby trauma center, according to CHP Officer Sam Courtney. There is currently no update on his condition.

Jacobo was arrested and booked into the Santa Cruz County Jail for felony DUI, driving with a suspended license, and violation of court DUI probation terms.

Drunk driving is not only illegal, but it can cause major damage to both the driver and others on the road. There are many affordable and accessible modes of transportation such as Lyft, Uber, and taxis. Keep the roads safe and don’t drive while intoxicated.

If your child has been injured because of the negligent behavior of a driver under the influence, contact the personal injury lawyers at Sweet Law Group. We have over 40 years of experience in the field, and know what it takes to get you and your family the justice and compensation that is owed. Call (800) 203-3061 for a free consultation, and discuss your case with a legal professional in your area.