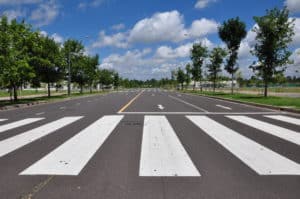 ANAHEIM, CA (November 27, 2018) – An 18-year-old woman is in critical condition after being struck by a hit-and-run motorist on South Haster Street near East Leatrice Lane Saturday.

Anaheim police officers are seeking the public’s help in locating the vehicle and identifying the driver involved in Saturday night’s hit-and-run pedestrian crash.

According to Anaheim Police, the victim was an 18-year-old woman who was found lying in the street with major injuries shortly before 9 p.m. Authorities are looking for a 1998 or 1999 red Isuzu Amigo that may have sustained damage to the right front headlight.

Anyone who knows about the driver’s whereabouts is asked to call Orange County crime stoppers at 1-855-TIP-OCCS.

The details surrounding how the incident happened is still under investigation.

The law requires you to stop at the scene if you are ever involved in a car accident. Although an accident can spur anyone into a panic, it is always best to remain calm and contact authorities if needed. Check on those involved if possible. Leaving the scene is a felony and can result in more severe consequences.

At the Sweet Law Group, you will pay nothing out-of-pocket until we win your case. Call (800) 203-3061 and asked us about our 98 percent success rate. We have been considered one of the top 100 trial lawyers in the nation and are delighted to tell you more. Whether you are facing mounting hospital bills or a debilitating injury, hire a dedicated and experienced personal injury attorney to represent your case. We aim to award you a filling outcome and settlement that will provide you with assistance. Call us today to get your case rolling.