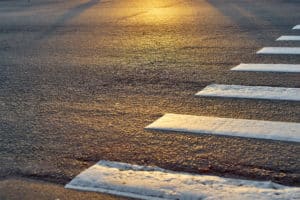 According to reports from the Washington State Patrol, Walker was crossing the street outside of a designated crosswalk with a group of girls when she was hit by a vehicle. The collision took place near North Morrison Road, near 4:00 PM.

The victim’s grandmother, Linda Evans, said the victim was with her younger sister and two close friends when she was hit. They were trying to catch a bus across the street and were on their way to the local mall. Her friends and sister reported that Walker did not see the car coming.

Due to the impact of the collision, the young woman suffered critical injuries. Unfortunately, she succumbed to her injuries and was later pronounced dead. No other injuries were reported in the incident. The driver who hit the victim remained at the scene and cooperated with police investigators.

Both the eastbound and westbound lanes of E Mill Plain were closed at N Morrison for several hours, while officers investigated and crews cleared the crash site. No further information about the fatal crash was immediately released, as the investigation continues.

We at Sweet Law Group offer our deepest sympathies to the family and friends of Amy Walker. Evans shared that Walker graduated from Fort Vancouver High School last year and had her entire life ahead of her. May she rest in peace.

If you have lost a loved one in a tragic pedestrian collision, reach out to the experienced wrongful death lawyers at Sweet Law Group. With over 40 years of experience in the legal field, understand what you and your family are going through, and we are here to help. Call us at (800) 203-3061 to arrange your free consultation with an experienced legal professional in your area. For your convenience, we are also available through email, text message, and online chat.