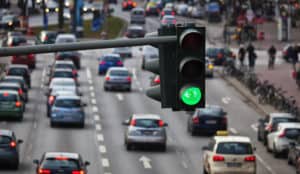 SAN JUAN CAPISTRANO, CA (March 31, 2018) – An elderly woman was killed and two other people sustained major injuries in a head-on collision on Ortega Highway on Saturday.

The collision occurred at around 8:22 PM on the 74 Highway, just east of Antonio Parkway and west of Cristianitos Road. A 2005 Mazda that was headed westbound drove into the eastbound lanes for unknown reasons.

It then struck a 2016 Honda driving eastbound.

The fatality in the crash was identified as 77-year-old Amparo Lopez of Murrieta. Lopez was a passenger in the Honda who later died from her injuries in the hospital. The 74-year old Murrieta man driving the Honda and the 38-year-old Lake Forest man driving the Mazda both sustained major injuries. All three victims were rushed to Mission Hospital.

CHP is investigating the crash and alcohol is suspected to be involved in the collision. It was also reported that the driver of the Mazda was under arrest following medical treatment.

Ortega Highway was reopened at 10:48 PM after investigators shut down the two-lane highway for more than two hours.

We at Sweet Law Group offer our deepest sympathies to the family and friends of Amparo Lopez.

If your loved one was killed in a suspected DUI car collision, reach out to the experienced lawyers of Sweet Law Group. With over 40 years of experience in the legal field, Sweet Law Group knows what it takes to win your wrongful death case. We have dealt with a variety of cases including wrongful death, personal injury, and car accidents. Call us at (800) 203-3061 and arrange a free initial meeting with an experienced legal professional in your area. You can also contact our offices through email, text message, online chat, or by filling out our online form.